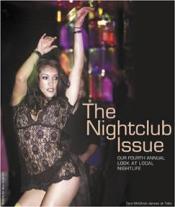 The DJ. Worshipped by clubbers (and sometimes themselves),
the men and women who spin records in DJ booths
from Summerlin to the Strip to Green Valley
are the most integral part of nightlife. 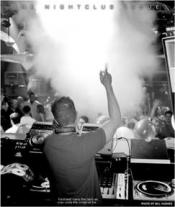 But DJs serve a special purpose in Las Vegas. They get the party started in a city where the party never really stops, provide the build-ups and breakdowns that keep it moving, and hopefully are inspired to throw in a few surprises while maintaining a infectious groove that keeps people on the dance floor. More so than in any other city, the Vegas DJ is the modern equivalent of the bandleader, the orchestra consists of 12-inch singles and digital files, and the nightclub is today's showroom.

Today's jockey of discs is also likely an employee for the corporate powers-that-be in Vegas. The pressure to rock the crowds on the Strip is higher than in most areas - one bad night is enough to get fired when your boss is a hard-ass who came up in the hospitality industry. There is little experimentation in the casino megaclubs; even off the Strip there are few places for truly underground club music. While most DJs in Vegas chafe under the pressure to adhere to playlists (traditionally, DJs make and break new sounds), the crowds that come here want to party, and are less concerned with being impressed by mixing acrobatics or being introduced to a hip, underground sound. That said, there are still cultural enclaves where the valley's mixmasters can spin for more enlightened beat heads - check the Emergency Room at Decatur Boulevard and Spring Mountain Road on Monday nights for the long-running open-turntables night. But it's unlikely that a true "Vegas sound" will emerge anytime soon.

For this year's issue, CityLife goes DJ-centric. A comprehensive rundown of every DJ in town would be impossible, and a Top 10 or Top 25 too exclusive. We decided to sample the DJs you see in club listings and advertisements, receive e-vites from, read about, and are most likely to spin in any given club on any given night. A few are highlighted, having made a splash over the last year - not an easy task in a town that's hard to break into and relatively insular.

Of course, photographer Bill Hughes set his trained eye on the more aesthetically appealing aspects of nightlife: gorgeous go-go dancers and other assorted entertainers. Read on - this is Las Vegas CityLife Nightclub Issue: 2005. 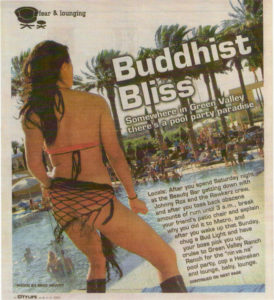 Locals: After you spend Saturday night at the Beauty Bar getting down with Johnny Rox and the Rawkerz crew, and after you toss back obscene amounts of rum until 3 a.m., break your friend's patio chair and explain why you did it to Metro, and after you wake up that Sunday, chug a Bud Light and have your boss pick you up, cruise to Green Valley Ranch for the "nir.va.na" pool party, cop a Heineken and lounge, baby, lounge.

I usually cringe when promoters choose monikers like "nir.va.na"; they're almost invariably hyperbolic and pretentious misnomers. But not in this case: The noon to 10 p.m. house music-fueled event is akin to breaking free of the cyclical slug and slack of workaday experience. The palatial Ranch pool area is a veritable netherworld of soft whites and blues, warm waters and sandy beaches. It has the look, design and feel of an ancient Roman emperor's courtyard -- minus the vomitorium.

More importantly for this native Floridian, however, is that it reminds me of home. Nostalgia aside, there's a good reason why "nir.va.na" exudes a Sunshine State vibe: One of the gurus behind the event, Garrick Edwards of Garrick Entertainment, was a pioneering force in the South Beach nightlife scene when, much like Vegas is today, the beachside metropolis was emerging to become one of the country's premier nightlife destinations.

Which is how Edwards views our little desert oasis. "When I came here and saw how wide-open it was, I figured, you know what? This is the last frontier of America," says the suave Londoner. "When I came to Vegas, I realized that this is going to be the next big hotspot."

Even more encouraging for gangly CityLifers and their brethren: It's not all about Botox and over-burnished skin, burly men and big tits. It's about everyone coming through to relax -- families included -- in a thoroughly comfortable and inviting atmosphere. That doesn't mean there aren't beautiful people in attendance -- there's ass galore. It does mean there's plenty of room -- literally and figuratively -- for folks of all shapes, sizes, creeds and credos to kick back and chill.

Says promoter John Lewis, a former professional fighter specializing in Brazilian jujitsu and a super-easygoing guy: "We wanted to set up a new kind of vibe to it [pool parties]. We have a really exclusive pool -- a beautiful pool. And we're going to be playing house music all day -- real vocal, sexy house."

Enter DJ Dakota, another South Beach import. Her crowd-pleasing debut set last Sunday at the Memorial Weekend party, followed by an impromptu evening set in the inner party chamber known as The Pond, pretty much assured that Dakota would be asked back for this weekend's edition alongside Miss Joy, Dimitris Mykonos, DJ Hollywood and David Garcia.

While the party goes on until 10 p.m., I snuck out around six. Through my alcohol-induced haze, I did almost believe I was in Florida ... until I saw the mountains looming in the distance from my chair by the pool, and realized I was in Vegas.