“DJ Dakota” (Stephany Lobban) was born and raised in Coral Gables, Florida to a long line of family musicians. As 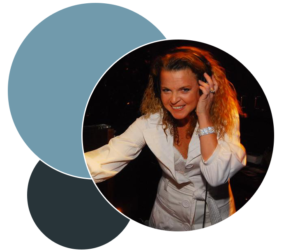 her passion for music grew, she began dj-ing as a hobby in 1988. Dakota got her start as a radio disc-jockey for Florida International University’s “WUFI Radio” and continued to dj the university radio station circuit in Florida on Florida State University’s “WVFS, The Voice of FSU” and Rollins College, “WPRK”.

As she finished school, Dakota slowly built up her 12” vinyl collection and eventually got her Technic 1200’s. After graduating from college, Dakota backpacked throughout seven countries in Europe and the UK which helped seal her passion for the Electronic Dance Music scene.

Her club appearances and weekly sets began in her hometown of Miami. She has also supported the Winter Music Conference and has DJed several years at the renown Ultra Music Festival, both held annually in her hometown of Miami Beach. Dakota has also been involved in the television industry, dj-ing live on Telemundo’s “The Roof’s, ‘No Cover’”, with the likes of Paul Van Dyk and Tiesto. She was also in the hit series, “Single in The City-South Beach”.

When she isn’t spinning at clubs and private parties throughout the United States and beyond, she’s in the recording studio producing music and mixing new compilations. DJ Dakota recently earned her Bachelor's of Science degree in Music Production at Full Sail University in FL.

Stay tuned to her website for upcoming appearances, music productions, travel, events, and new mixed compilation downloads! DJ Dakota will be coming to a club or lounge near you! Thanks for your support and Always Feel The Music!

For more information on our photography, please contact stephanylobbanphotography@gmail.com.